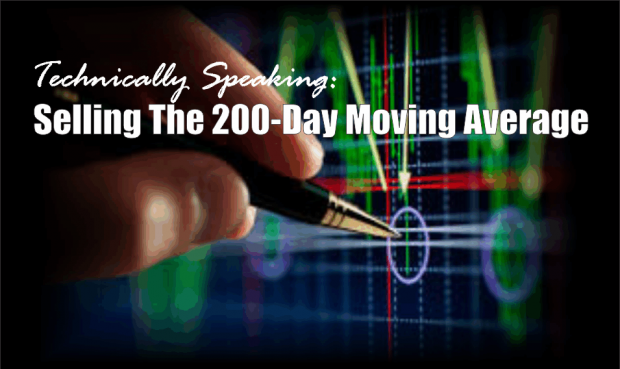 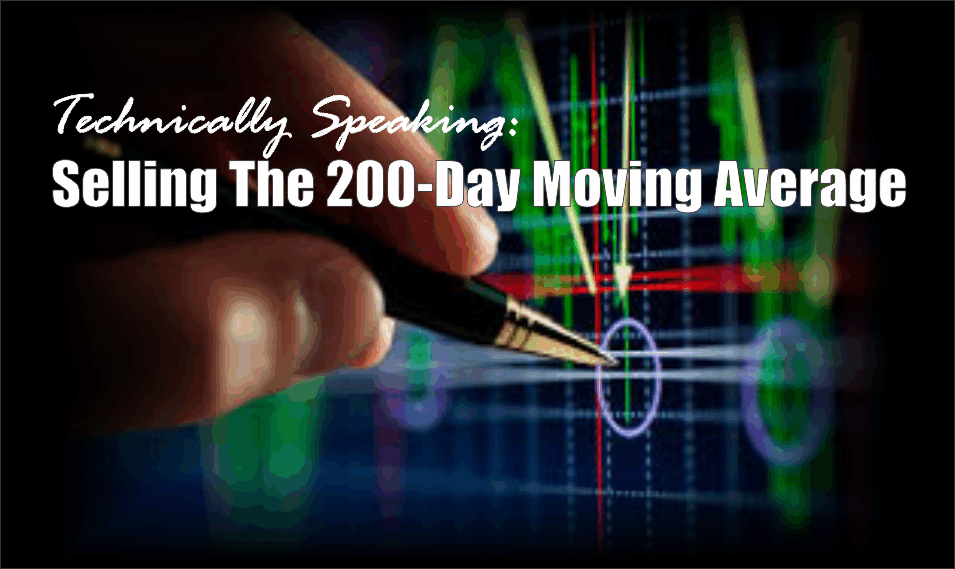 This past weekend, I recommended taking action as the market approached our target zone of resistance. To wit:

Nearly a month later, and we are watching the “pathways” play out very close to our “guess.” 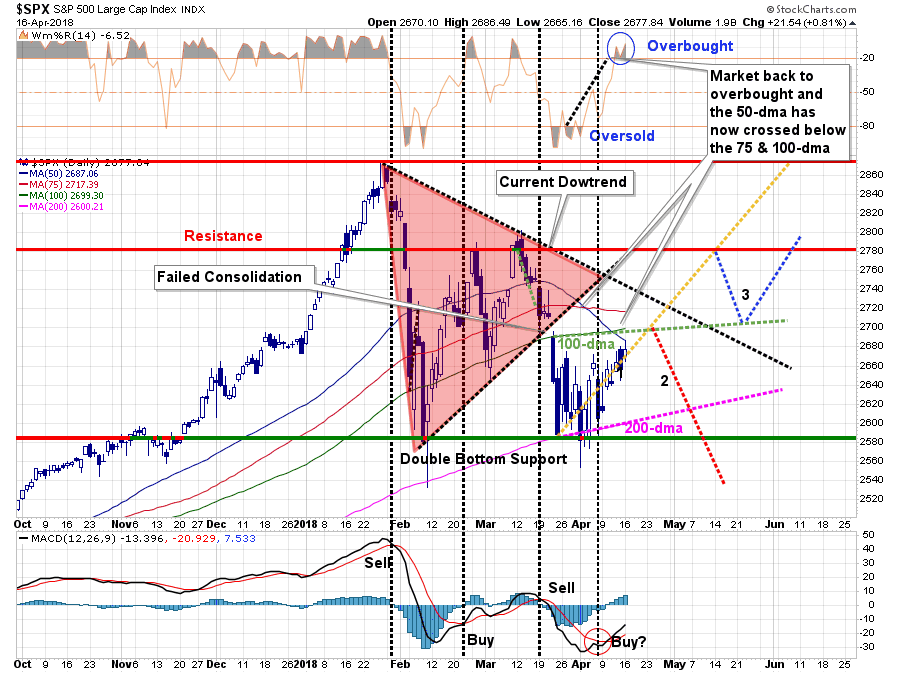 “More importantly, we continue to trace out the ‘reflexive rally’ path. However, my guess is we are not likely done with this correction process as of yet. From a very short-term perspective, the backdrop has improved to support a continued reflexive rally next week.

The problem which now arises is the short-term oversold condition, which supported the idea of a “reflexive rally,” has largely been exhausted. Furthermore, the now declining 50-dma, which has also crossed below the 75 and 100-dma as well, suggests that some variation of ‘Option 2’ noted above is likely.

Given the recent rally, and overbought conditions, we are using this rally to follow our basic portfolio management rules. As the market approaches the “neighborhood” of the 100-dma we are:

Note that we are simply rebalancing risks at these levels – not selling everything and going to cash. There is an early “buy signal” combined with the potential for “earnings season” to support asset prices. The goal here is simply to rebalance risks and let the market “confirm” it has re-established its bullish bias.

A Simple Method Of Risk Management

Ben Carlson recently wrote an interesting piece on selling out of the market when it breaks the 200-day moving average (dma). To wit:

‘The whole trick to investing is: ‘How do I keep from losing everything?’ If you use the 200-day moving average rule, then you get out. You play defense, and you get out.’

Investors need to be careful about blindly following any indicator that gets them out of the market. There is no guarantee that markets are headed for a crash just because this trend was broken. There are no market timing signals that work every single time, so there’s no telling if the current correction will morph into an all-out bear market.