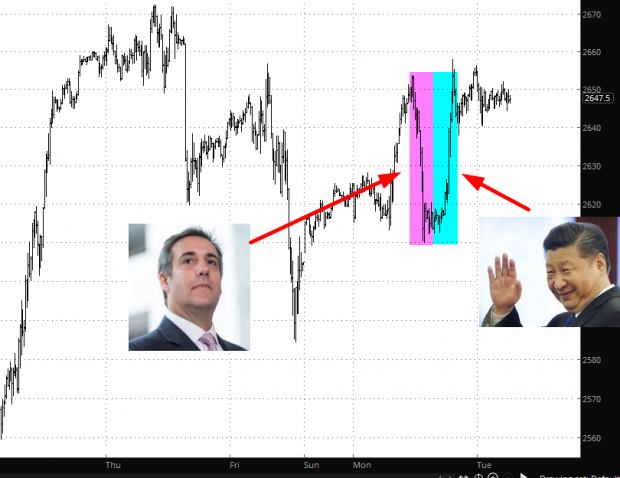 Here’s how I picture the equity markets at the moment: there’s a large indoor arena. There are two opponents: a bull and a bear. And there’s a ball that they’re trying to hang on to (or steal from the other, if they don’t have it). And not just any ball. An exploding ball. The ball explodes when there’s a big piece of news, and when it does, the opponent is able to wrest it away from his opponents.

Oh, and the arena is pitch black except for some frantically-active strobe lights.

With that image in mind, you can see how things have been since January 26th. Just absolute chaos, with no one the clear winner. The bulls have the ball but then BOOM! the news hits about tariffs on $100 billion in goods. The bears snatch it away but then BOOM! Mnuchin assures them it’s just a negotiation, and everything is going to be fine. Uh-oh BOOM! the offices of Michael Cohen get raided, so the bears get the ball back. And, instantly, BOOM! the head of China issues a soothing speech, allowing the bulls to take control again. 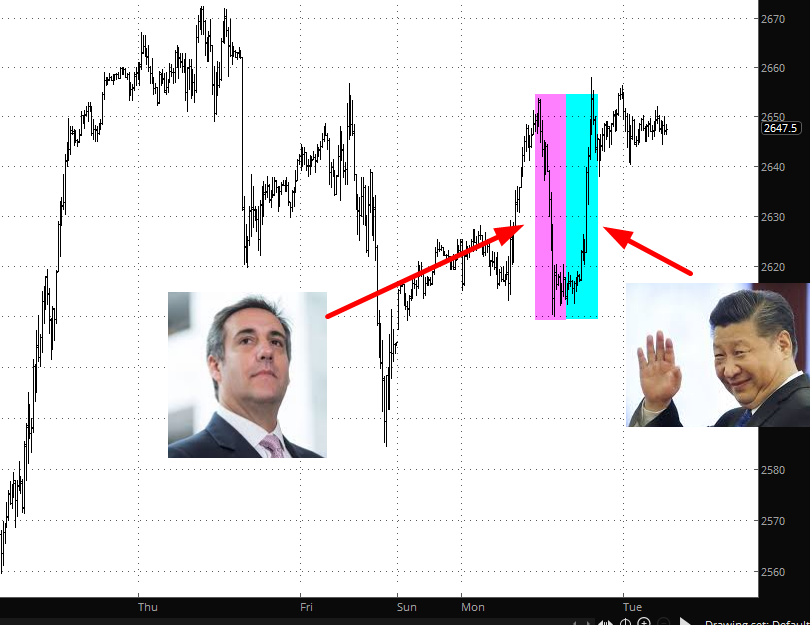 One would wonder what would be so appealing about holding an exploding ball.

In any event, as of this moment, the bulls have the ball again. It’s funny how the bear-friendly explosions tend to be based on hard economic data and reality, but the bull-friendly explosions are based on………….the words of politicians. I guess it doesn’t take much at all to get people in risk-on mode again.

Worrywart that I am, the level of concern to me is 2680. Although the overall trend since January 26th has been down, the last couple of weeks have been forming a base which, if breached to the upside, could toss us back toward 2800. 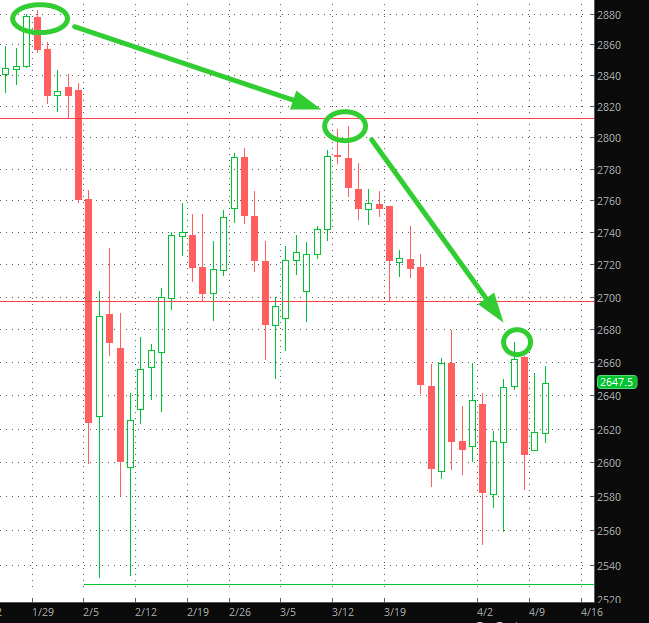