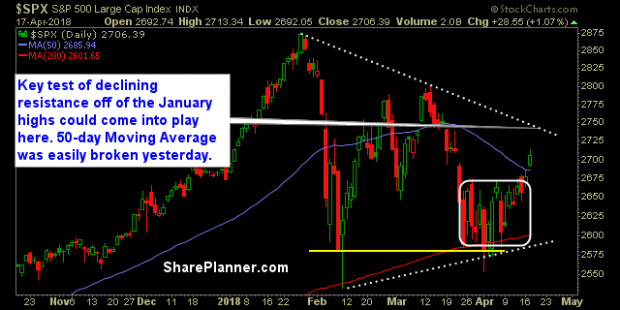 The Bulls Are Regaining A Firm Grasp On This Market

The bulls are regaining a firm grasp on this market and the bears are being forced to cover in mass. I will look to add 1-2 new positions today.

Technology taking back its place as the market leader with a huge move yesterday with a massive beat by Netflix (NFLX). Discretionary broke out yesterday and looks to retest its Feb/Mar highs. Financials continue to struggle and I’ve stayed away from them of late.

The 50-day moving average was broken yesterday with ease, via a gap up at the market’s open, that was never relinquished. Declining resistance coming up on SPX off of the January highs. Expect it to be a major test for the bulls and whether it can sustain the current market rally. 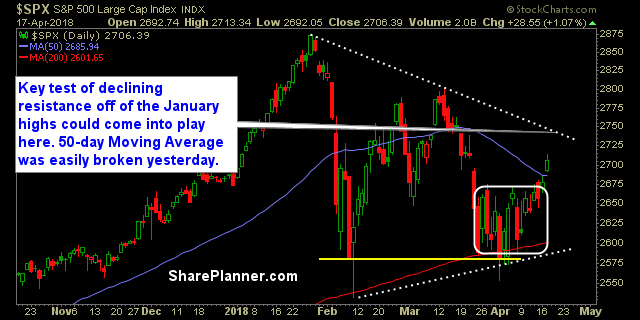