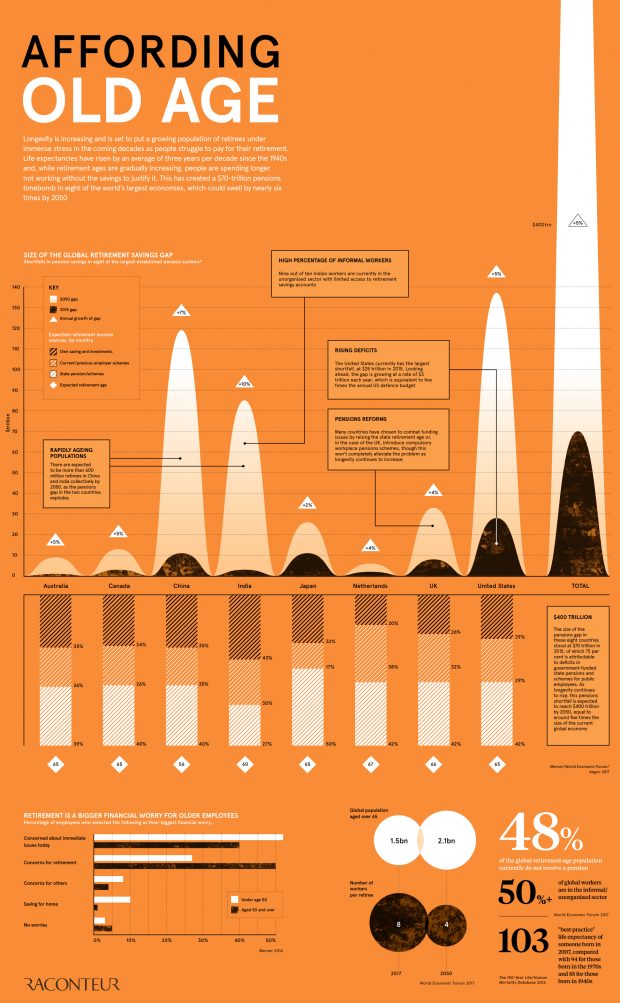 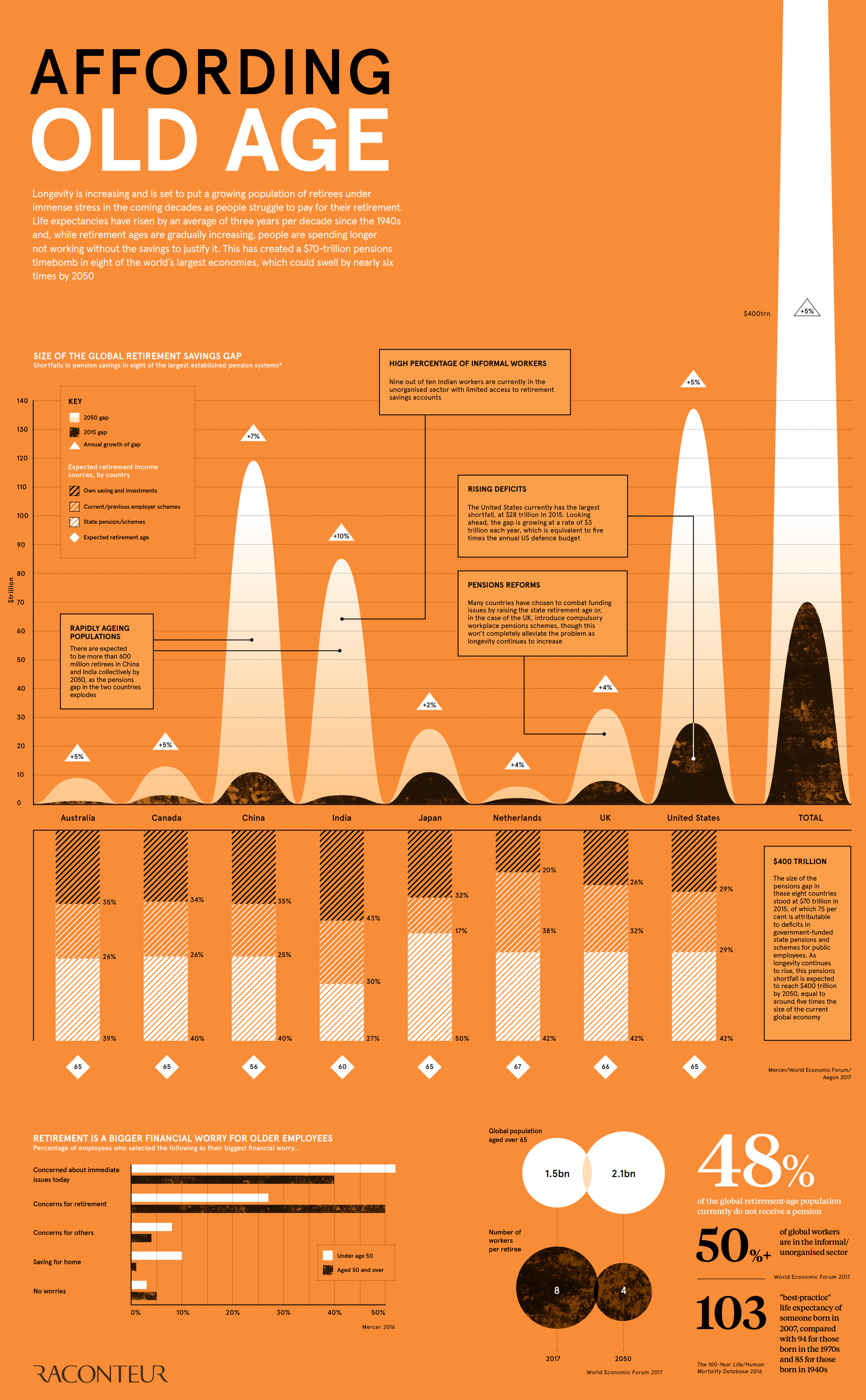 Are governments making promises about pensions that they might not be able to keep?

According to an analysis by the World Economic Forum (WEF), there was a combined retirement savings gap in excess of $70 trillion in 2015, spread between eight major economies…

The WEF says the deficit is growing by $28 billion every 24 hours – and if nothing is done to slow the growth rate, the deficit will reach $400 trillion by 2050, or about five times the size of the global economy today.

Today’s infographic comes to us from Raconteur, and it illuminates a growing problem attached to an aging population (and those that will be supporting it).

Since social security programs were initially developed, the circumstances around work and retirement have shifted considerably. Life expectancy has risen by three years per decade since the 1940s, and older people are having increasingly long life spans. With the retirement age hardly changing in most economies, this longevity means that people are spending longer not working without the savings to justify it.

This problem is amplified by the size of generations and fertility rates. The population of retirees globally is expected to grow from 1.5 billion to 2.1 billion between 2017-2050, while the number of workers for each retiree is expected to halve from eight to four over the same timeframe.

The WEF has made clear that the situation is not trivial, likening the scenario to “financial climate change”:

Like climate change, some of the early signs of this retirement savings gap can be “sandbagged” for the time being – but if not handled properly in the medium and long-term, the adverse effects could be overwhelming.