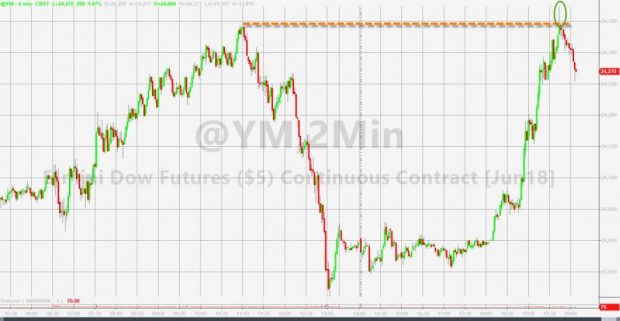 US Futures Spike As Xi Pushes Globalization Agenda, Vows To Open China To The World

It seems the machines never sleep.

Before China’s Xi had even uttered a word – in war or peace – Nasdaq futures were ramping up 1% from the cash close and the S&P and Dow following… And once it was clear that Xi was not going to drop another trade war tape bomb, futures extended gains to the highs of the day session. 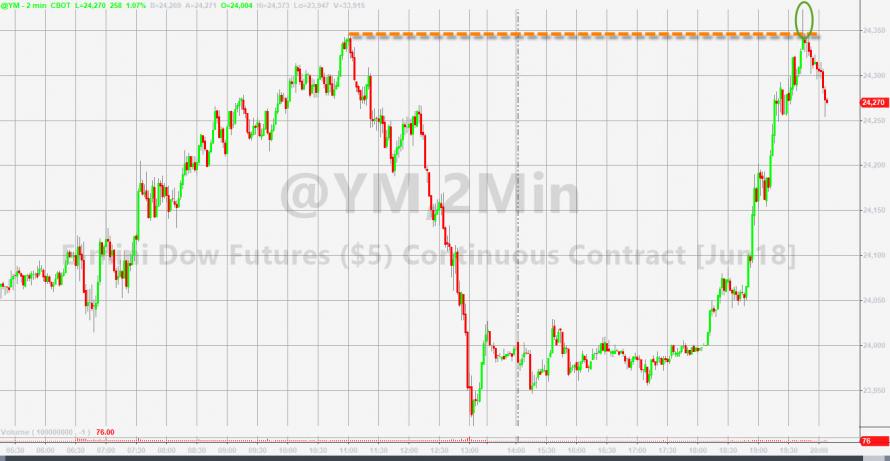 What futures loved was the series of traditionally hollow promises from Xi including:

Then there were the ideological vows:

Incidentally, many if not all of these promises had been made previously, most extensively during last year’s Party Congress. In the meantime, the only real change was Xi upgrading himself from mere president and crowning himself emperor for life.

Never one to dig too deep between the lines, algos loved the speech and the result has been a vertical lift in risk-assets:

Now where have we seen that kind of vertical ramp before.. and what happened next? 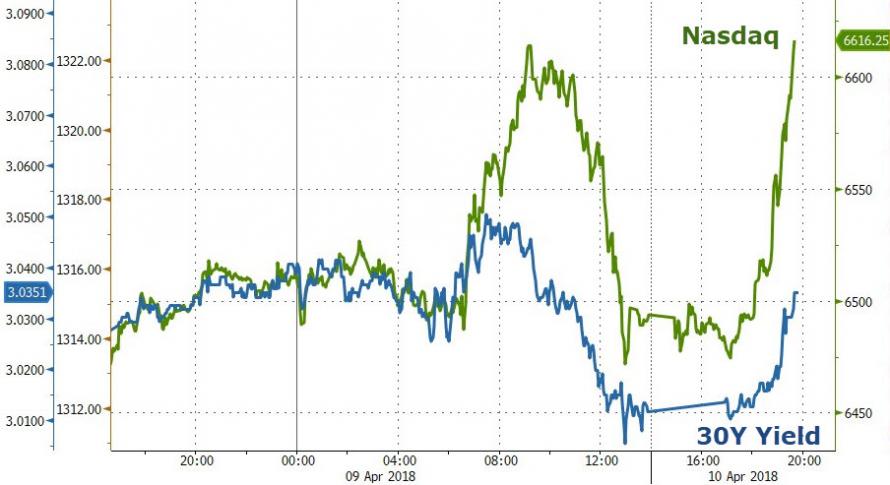