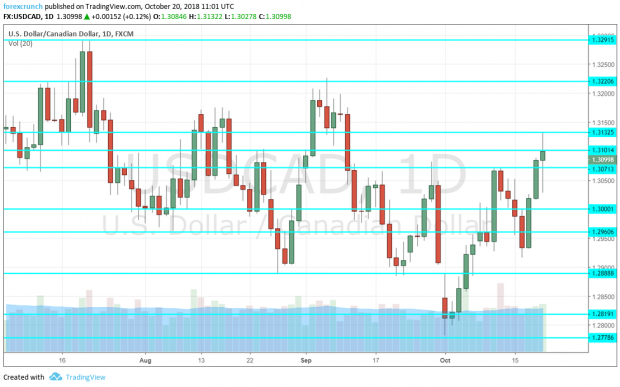 Dollar/CAD traded up and down around the 1.3000 level, looking for a new direction in a mixed week for both the US and Canadian dollars. What’s next? The rate decision by the BOC is the primary event of the week for the loonie. Here are the highlights and an updated technical analysis for USD/CAD.

The BOC Business Outlook Survey was relatively upbeat, lifting expectations for the rate decision in the upcoming meeting. There is little doubt about a rate increase, but the publication served as a warm-up. On the other hand, Canadian inflation surprisingly dropped in September while retail sales badly disappointed with significant drops. Will it stop the BOC? Probably not. In the US, retail sales fell short of expectations but the greenback remained resilient thanks to upbeat meeting minutes by the Federal Reserve.

USD/CAD daily chart with support and resistance lines on it. Click to enlarge: 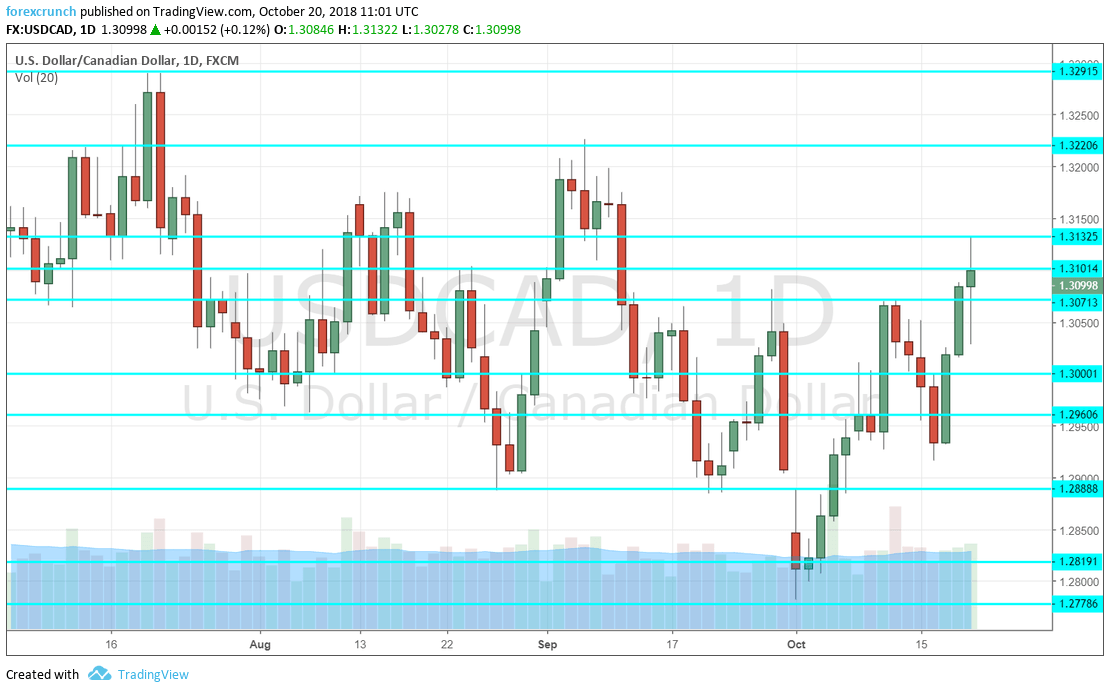 *All times are GMT