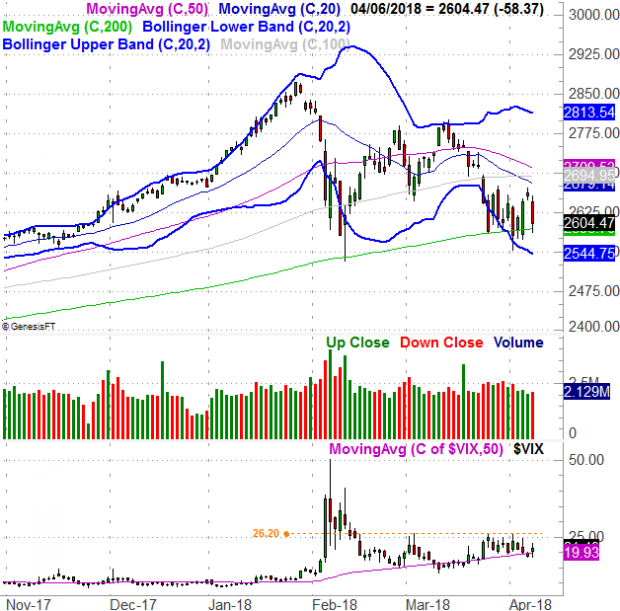 Weekly Market Outlook – Back To The Edge Of The Cliff 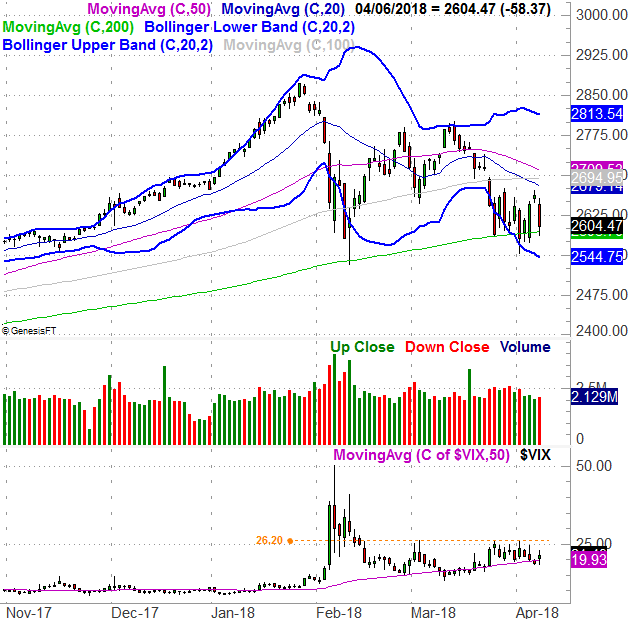 Didn’t we just leave this party? Having toyed with what could have turned into an ugly meltdown just a week ago, for a short while it looked like the bulls may get to work again and rekindle the bigger rally. Traders aren’t quite ready for that to happen though, hitting the “sell” button hard and often on Friday as the week came to a close.

And yet, stocks managed to remain above what’s arguably the market’s most critical line in the sand right now, leaving most traders unsure about stocks’ true nature at this time.

We’ll look at the technical floor in detail below, but first, let’s explore last week’s and this week’s major economic announcements.

It was a big week last week, data wise, kicking off with March’s ISM data. Both the manufacturing version and the services version fell from February’s levels, but both remain in attractive, bigger-picture uptrends. 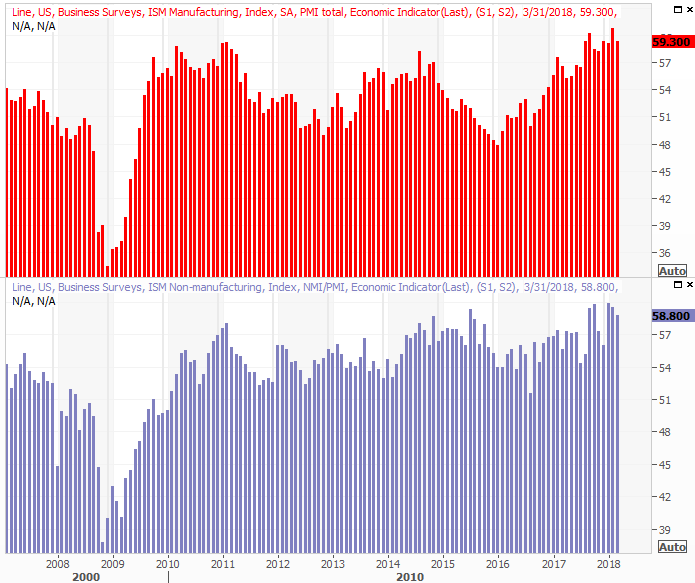 We also heard about March’s auto sales last week. It was an encouraging report. After a few months of faltering demand, we saw a healthy uptick. It’s not enough to say we’re in the same kind of growth trend we were in between 2010 and 2016, but at least it’s not another step in the wrong direction. 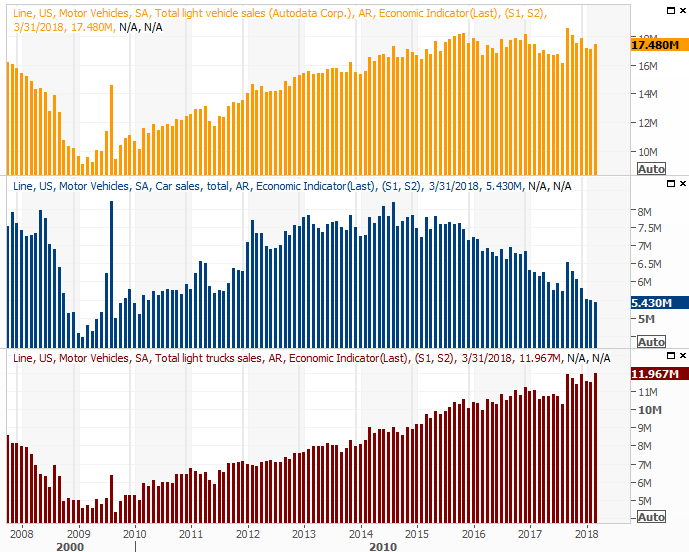 Following Wednesday’s big ADP numbers, indicating another 241,000 new positions, hopes were high heading into Friday’s report from the Department of Labor. Big mistake. The pros were modeling 175,000 new jobs, but we only saw 103,000. That translated into a slight uptick in the unemployment rate, from 4.0% to 4.1%. 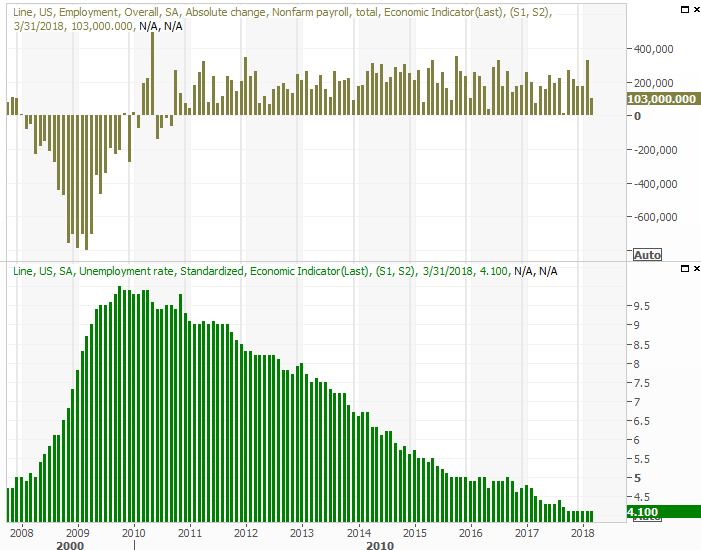 As is usually the case though, there’s more to the story. Namely, the lingering winter weather has put a great deal of construction-related hiring on hold. And, a closer look at all the data suggests there just aren’t enough available workers to hire… in a good way. You can review the rest of our analysis of the March jobs report here.