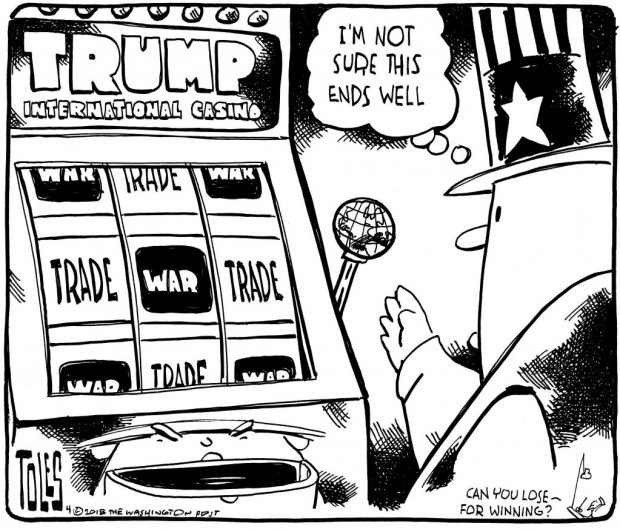 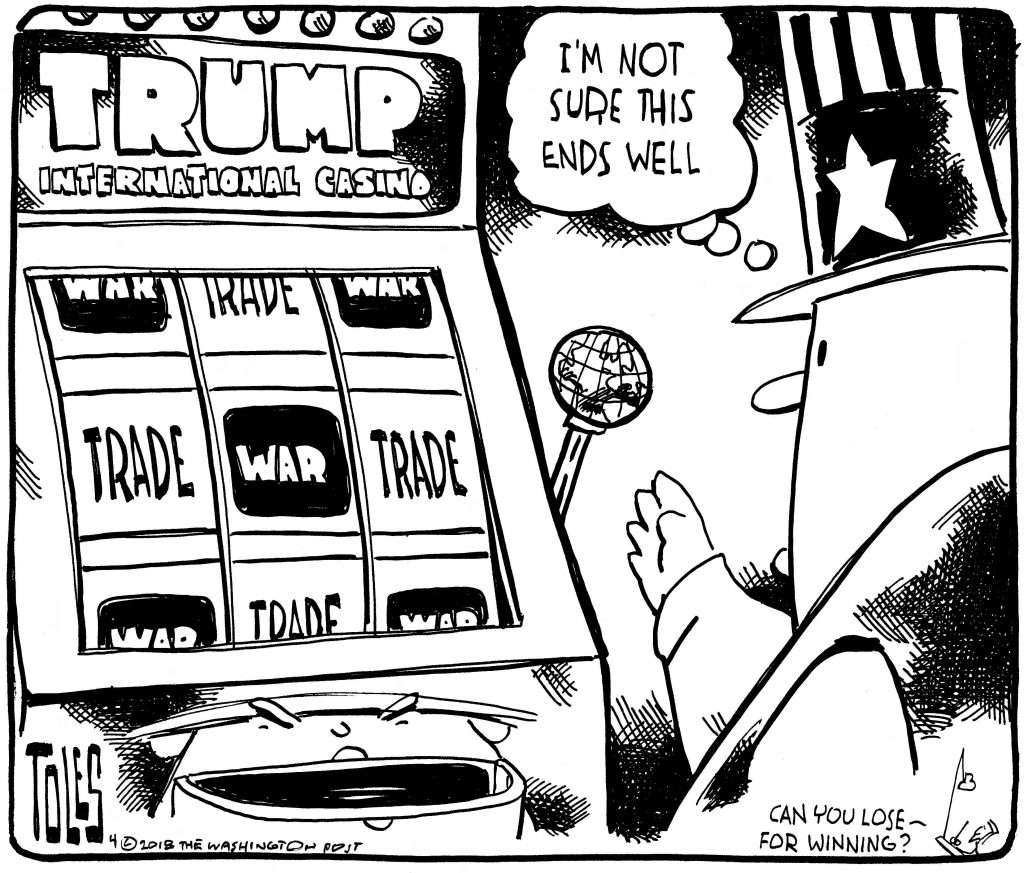 The question we should be asking (prompted by my thinking about the relevance of game theory) is which payoff matrix is of relevance. Here, it makes sense to differentiate between the objectives of Mr. Trump and the United States as a whole.

Surely, this is not an exhaustive list, but I think it covers a lot of possibilities.

It is useful to then consider the efficacy of (i) anti-dumping duties, (ii) Section 232 tariffs, and (iii) Section 301 tariffs in the context of these objectives, keeping in the mind the targeting principle — the core idea of which “is that if a new regulation of some sort is required, the most efficient intervention targets the specific variable of direct interest.”

Hence, if (1) is the objective, then strict implementation of the CFIUS process, augmented by perhaps additional legislation (and funding), combined with increased expenditures in civilian and military R&D, tax breaks for R&D, and increased educational funding aimed at science and technology (including grants for higher educational system) would be in order. I don’t see moves toward the second — perhaps more important aspect — of retaining our technological lead in Mr. Trump’s agenda.