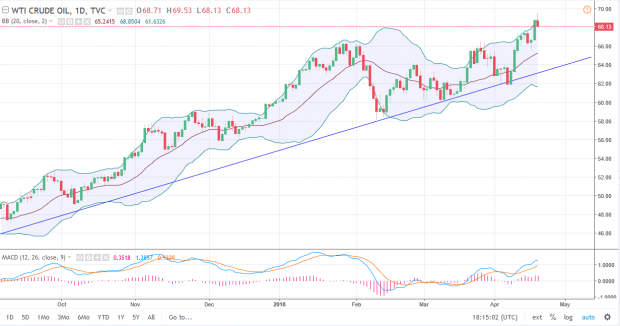 The WTI Crude Oil market initially rallied on Thursday but found enough resistance just below the $69.50 level to turn around and form a shooting star for the day. I think that the market will continue to find buyers on pullbacks, and that pullback is probably coming now. A breakdown below the bottom of the range for the session should send this market looking for the $66 level underneath. I think there’s more than enough support underneath though, so not looking to sell this market, rather I am looking to pick up value at levels below that appear likely to be tested. The uptrend line still holds intact, so I don’t have any interest in shorting quite yet. If we did breakdown below the uptrend line though, this market could unwind to the $60 handle. I think that the tensions in the Middle East will continue to put a bit of buying pressure into this market. 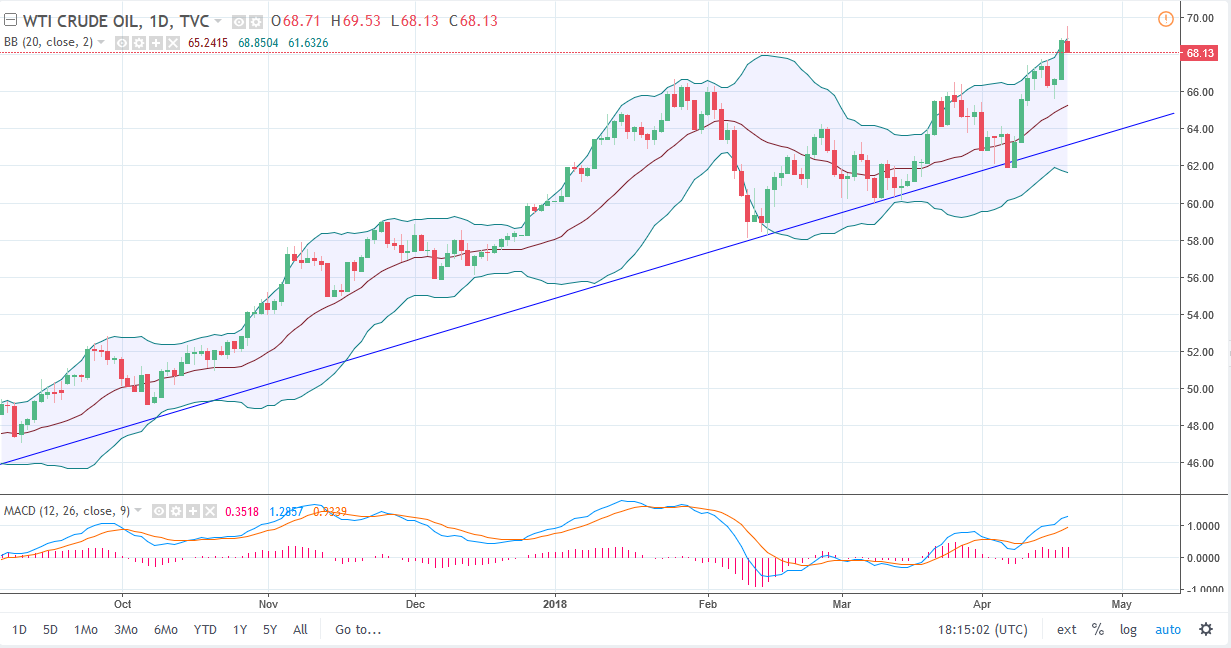 Natural gas markets formed a shooting star on Wednesday, and then on Thursday broke the bottom of that shooting star rather significantly. In fact, we reached towards the $2.65 level, and I think we could go lower, perhaps down to the $2.60 handle. I think that is an area that is massive support, but if we broke down below there it’s more of a “zone” than anything else. If we break down below the $2.50 level, that support level would be completely smashed, and we would unwind rather rapidly. This is a very negative daily candle, so I think this continues to be a “sell the rallies” type of situation, especially on short-term charts if you get the opportunity to take advantage of those moves. I have no interest in buying this market, temperatures are going to go higher in both the United States and Europe soon. 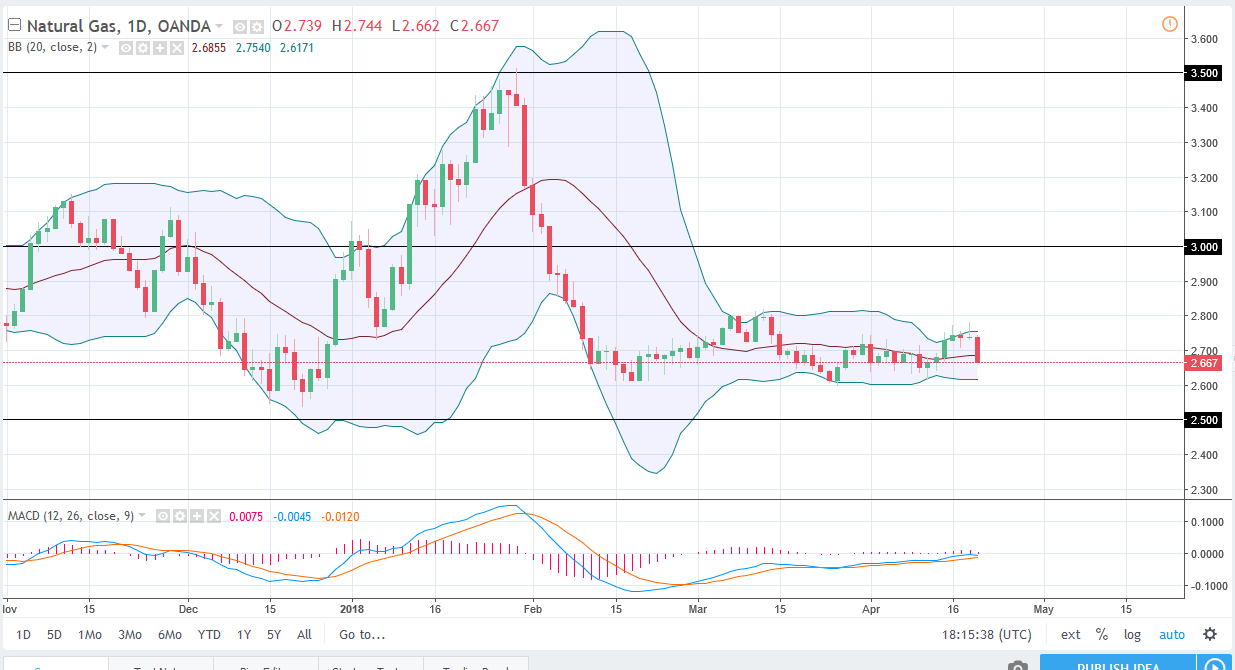