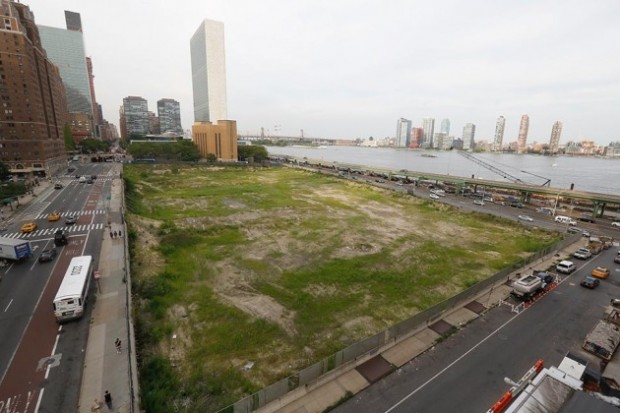 Six Ways to Free Up Land for Desperately Needed Housing

Perfectly good lots aren’t being developed for homes, even though hundreds of millions of people worldwide live in homes that are unsafe, inadequate, or barely affordable, says a new report by McKinsey Global Institute. Even in densely populated New York City, the report says, one of every 10 acres of land zoned for residential development is vacant. “Unlocking land supply at the right location is the most critical step in providing affordable housing,” the report’s authors write.

Land may be cheap and plentiful in rural areas, but in the cities that the world is flocking to it’s “not uncommon” for land costs to exceed 40 percent of property prices—and they’re as much as 80 percent in some large cities, the study says. Despite the high prices that landowners can fetch, parcels aren’t coming onto the market for development because of such factors as “fragmented or public ownership, poor land records, and regulations and zoning laws that discourage development.”

Surveying the world, the report’s authors found six practices that cities have followed to free up lots for housing where it’s needed most:

Transit-oriented development: Over the past four decades Hong Kong has added 1.4 million homes in the New Territories, across the harbor from Kong Island, most of them close to rail and metro stations. When land prices go up because of new transit, the government captures part of the gain and uses it to pay for infrastructure and affordable housing.

Unlocking lots that have services: To discourage hoarding, China charges the equivalent of 20 percent of the land price to owners who leave urban property undeveloped for one year. After two years it can be confiscated.

Establishing title: In developing economies, often more than 70 percent of land is unregistered, according to the United Nations’ UN-Habitat program. Much of it is occupied by squatters. Registering land “establishes clear ownership rights that enable transactions to move ahead without risk that another party will later assert ownership rights.” This is a crusade of the Peruvian economist Hernando de Soto. Peru’s government registered individual land titles of more than 1.2 million households.

Allowing higher density: Raising the permitted floor-area ratio where appropriate “has been used successfully in Seoul to expand housing supply in the South Korean capital.” So it’s not just a windfall for developers, cities such as Barcelona, in Spain, require them to set aside part of their projects for lower-income families.

The report cites several articles to put a human face on inadequate housing, including this article in Bloomberg Businessweek by Bhuma Shrivastava and Sheridan Prasso: “In India, slum dwellers move into high rises.”

Aside from freeing up land, the report says governments need to “reduce construction costs through value engineering and industrial approaches, increase operations and maintenance efficiency, and reduce financing costs for buyers and developers.” McKinsey Global Institute is the research arm of McKinsey & Co., the consulting firm. The report was prepared with help from consultants at the parent company.