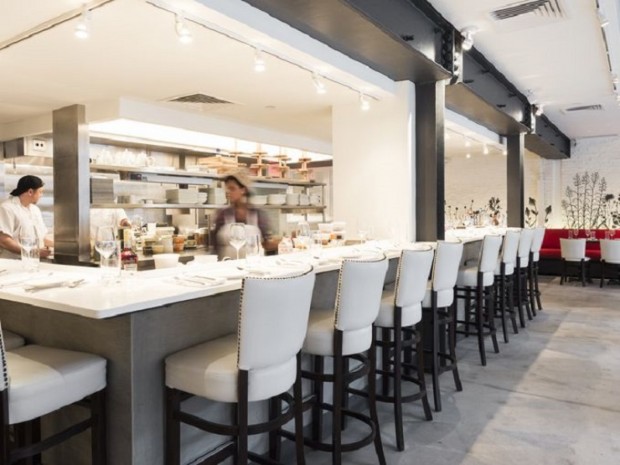 On the day before the recent James Beard Awards ceremony (held in Chicago — its first foray outside New York since its 1990 inception — on May 4), a handful of talented chefs sat down at Kendall College for a chat with culinary éminence grise Rick Bayless and food journalist Steve Dolinsky (both multi-year JBF Award winners). Each of the panelists — Mark Ladner of Del Posto, Spike Gjerde of Woodberry Kitchen, Erik Bruner-Yang of Toki Underground, Beverly Kim of Parachute, Renee Erickson of The Whale Wins, and Ari Taymor of Alma — had been nominated for the prestigious honor, often called the Oscar of food. (Ladner and Gjerde would go on to win.) But Bayless and Dolinsky hadn’t gathered the hopefuls here to talk about the following day’s ceremony; rather, they wanted to look a bit further ahead.

“I think when we work in our restaurant kitchens and we’re creating our own menus, we’re actually creating the future,” said Bayless. “I would love to hear from your perspectives, what are you going to be cooking in 10 years? What do you see as the future of food?”

The ensuing dialogue centered on a range of existing obstacles, from what Taymor termed the “food hangovers” that result from eating fat-, salt- and additive-laden meals, to California’s ongoing drought, to the unsustainability of our traditional protein sources. In other words, it was a varied discussion that was yet unified by one idea — as Bayless summarized it, “Ten years ago if we’d had this panel, we would have been talking about what flavors we were going to explore, and what kind of techniques we were going to be utilizing… And yet from each one of our panelists today, what you heard was that food is something that’s bigger than what’s on the plate. It connects us to our communities, to our environment, to ourselves and our own personal health. It connects us to our roots.”

To be sure, the chefs’ vision of the future is one marked by formidable challenges. But they were not without some prospective solutions, and one in particular seemed to be unanimously championed: the practice, as Kim put it, of “embracing vegetables more and using meat as background.”

Vegetable-forward eating, vegivore cuisine; whatever you choose to call it, cooking that spotlights that category of foods traditionally relegated to one quadrant of your plate has the potential to make a dent in a whole host of food-related problems, from obesity to greenhouse gas emissions. For its virtues, though, it’s a concept that’s historically proven a tough sell among the general public; as Bayless noted, “When you say the word vegetarian, it’s all about the lifestyle; it’s not necessarily about the food.”

But an evolved approach to vegetable-centric cuisine, one that’s managed to shake off crunchy, New Age associations, has begun to emerge. As a prime example, Dolinsky and Bayless cited Amanda Cohen’s Dirt Candy, a wildly popular New York spot that eschews vegetarian cooking for what Bayless termed “vegetable cooking.”

So just what is vegetable cooking, exactly? First, think fewer bland and texturally, well, odd mock meats. Or none at all. Because meat isn’t the sworn enemy of vegivore chefs; it’s just that when it does appear in a dish, it tends to be cast in a supporting role rather than a lead. Think, too, of produce that’s been treated like meat — cauliflower carved into hearty “steaks” and grilled, for instance, or mushrooms transformed into a creamy pâté — as well as flavor profiles given a turbo boost via acids and umami-rich seasonings. Whether meat-light or meat-free, then, vegetable cooking means satisfying cooking.