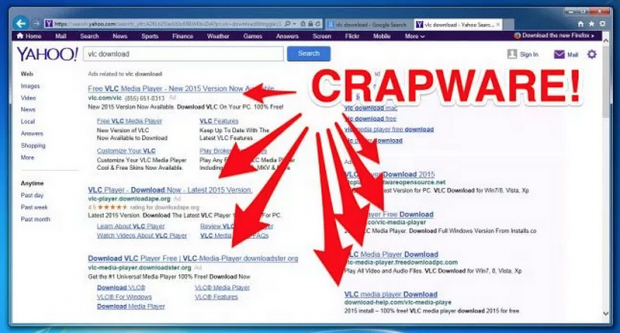 Lenovo Only Made Up To $250,000 From Nightmare Superfish Deal, Say Sources

Lenovo is about to kill off a small but troublesome source of its revenue: crapware. Some call it adware, some bloatware, others malware, but whatever the correct nomenclature, the PC maker doesn’t want anything more to do with it after the debacle over Superfish, the “visual advertising” tech that posed a real security threat to millions of Lenovo PC users. It can certainly afford to get rid of it too.

When Lenovo closed the Superfish deal in summer of last year to pre-install the encryption-bypassing tool in consumer laptops, a decision it now admits was a mistake, it probably had no idea how such a seemingly insignificant agreement would backfire. According to sources with knowledge of the deal, Lenovo certainly made less than $500,000 from Superfish. Forbes believes the deal was only worth between $200,000 and $250,000, a paltry sum given the massive earnings at the Chinese giant and the potential legal and PR costs the company has and will incur throughout the Superfish aftermath; it’s already being sued by one angry customer and it’ll have some cleaning up to do after hacker crew Lizard Squad attacked Lenovo.com. Neither Lenovo nor Superfish would comment on the value of their partnership.

As part of the PR push to placate angry customers and privacy activists, in a statement issued today Lenovo said the last week had reinforced “the principle that customer experience, security and privacy must be our top priorities”. “With this in mind, we will significantly reduce preloaded applications. Our goal is clear: to become the leader in providing cleaner, safer PCs.

“We are starting immediately, and by the time we launch our Windows 10 products, our standard image will only include the operating system and related software, software required to make hardware work well (for example, when we include unique hardware in our devices, like a 3D camera), security software and Lenovo applications.”

“This should eliminate what our industry calls ‘adware’ and ‘bloatware’.” Lenovo also promised be transparent about what software is preloaded onto its PCs to clearly explain what each application does.

Lenovo can’t eliminate the crapware problem on its own, however. It can’t even solve the problem for its own customers. That’s because the industry is a complex one, with myriad players along the advertising and download chain. It’s a market powered by some of the technology industry’s biggest businesses, where “reputable” companies like Oracle ORCL +0.11% continue to push out ads for crapware via their installations for often-essential software like Java. This is done via companies like Perion and Sterkly, who promise to make companies’ software downloads even more profitable by chucking ads on them, regardless of whether users actually want them. And companies are making a mint out of these irksome practices.

Google GOOGL +1.18% and Yahoo YHOO -0.38% search pages are guilty of spreading much of this junk software too, though given they rely on advertising for most of their revenue that’s little surprise. Howtogeek.com put out a startling image this week of a Yahoo search for a media player, which sprayed the same ad for apparent crapware across the screen:

Read more: Lenovo Only Made Up To $250,000 From Nightmare Superfish Deal, Say Sources