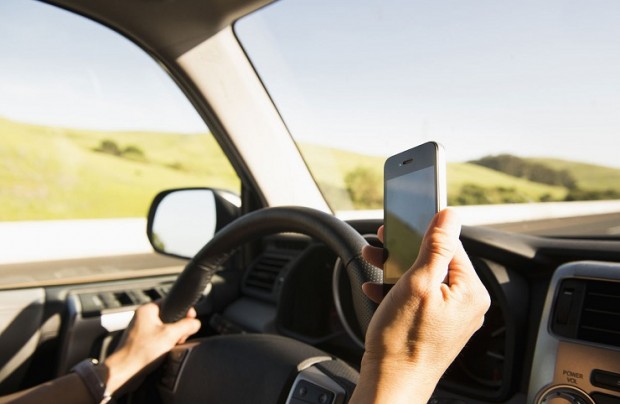 Your Boss Is Now Tracking You at Home

Myrna Arias knew that her professional life was monitored by her boss. As part of her sales job at Intermex, a wire transfer service, she had to install an app called Xora that uses GPS to keep tabs on her whereabouts as she drove around California’s Central Valley.

The tracking appears to have continued even when Arias was off the clock. A recently filed lawsuit alleges that her manager “admitted that employees would be monitored while off duty.” Arias claims her decision to uninstall the app resulted in her firing, and her wrongful-termination lawsuit seeks more than $500,000 in damages for lost wages and breach of privacy. Intermex declined to comment.

Requiring employees to install GPS-enabled apps sounds slightly dystopian but it isn’t unusual. Tracking is especially prevalent in jobs where employees spend a lot of their workday on the road. A report last year from Aberdeen Group found 54 percent of companies that send employees out on service calls track the real-time location of workers, up from 37 percent in a similar study from 2012. Employers rely on tracking to improve safety and productivity. The data and analytics from GPS can help fleets cut down on fuel costs. It’s also a great disciplinary tool: Using company time and a company-owned vehicle to run an errand or take a nap? The boss will know.

Arias, who likens her employer’s alleged surveillance to ankle-bracelet monitoring for parolees, had reason to believe the tracking went beyond her 9-to-5 movements. The lawsuit alleges her boss required that her company phone remain on at all times, and even when inactive the app’s GPS ran in the background. Xora did not respond to questions on how the app works.

“Employers are entitled, if there is a legitimate business reason, to track,” Arias’s lawyer, Gail Glick, said in an interview. “What we’re saying is that you don’t have a right to track 24 hours a day.”

Even though it sounds like a caricature of Big Brother intrusion, GPS-based tracking of employees doesn’t necessarily overstep privacy boundaries, as this Wall Street Journal article from 2013 noted. Courts have found that workers don’t have a reasonable expectation of privacy when on the job. Your boss, for example, can read your work e-mail. As long as employers can point to a work-related reason for the surveillance, courts tend to see the practice as fair game.

Those precious after-work hours, on the other hand, are sacred. “Employees absolutely have a reasonable expectation of privacy in their movements while they’re off duty,” said Lauren Teukolsky, a California attorney who specializes in labor issues. “Employees have the right to pursue hobbies after work that employers might find unsavory. They may want to go to a sex club or to the home of a secret love,” she added. The mere fear of surveillance could “chill” those and other activities.

An employer’s decision not to track off-hours activity falls into a sort of honor system, with forthright bosses advising workers to turn off their phones at night to avoid being monitored. But not all supervisors will necessarily provide that courtesy to employees. And the blurring between professional and personal spaces can make it challenging to distinguish between working and nonworking hours. “The use of smartphones has eroded the barrier between work and home in a way nobody could have anticipated,” said Teukolsky. “It means the employer can intrude into your home life more—it’s important for courts to protect the boundaries.”

Arias, for example, claims her job required her to keep her company-provided phone on at all hours. What about the growing number of American workers who use personal phones as their work phones?

Read more: Your Boss Is Now Tracking You at Home